The History of Browser Wars 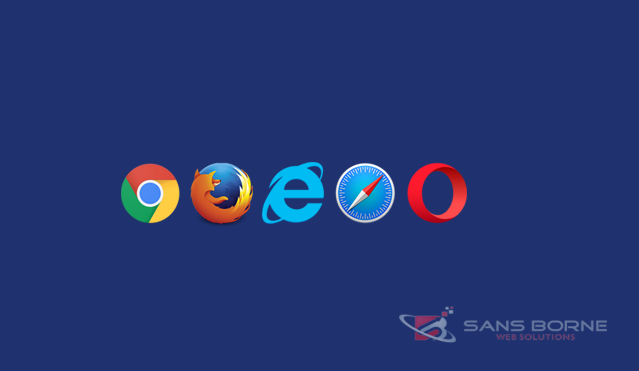 The web browsers in modern times are supported by almost every device that can connect to the internet. We use web browsers to access information on the World wide web. Mostly, web browsers are used on personal computers, laptops, android and IOS devices, and other operating systems. Today, the browser market share is dominated by Google Chrome web browser. There are a variety of web browsers available today such as Mozilla Firefox, Opera, Safari, Internet Explorer, Edge, Samsung Internet, and Yandex Browser. Google’s Chrome has 63 percent of the usage share among all browsers. The features provided by Chrome are the best. It is the ideal web browser today. From the simple static HTML browsing to single-page web applications, and, the way web browsers are working on smartphones, the web browsers have come a long way. In this article, we will talk about the evolution of web browsers and the “browser wars”, that started in the early phase of the web for the ultimate dominance in the usage share of browsers.

The Mosaic: The First Popular Web Browser and the Mosaic War 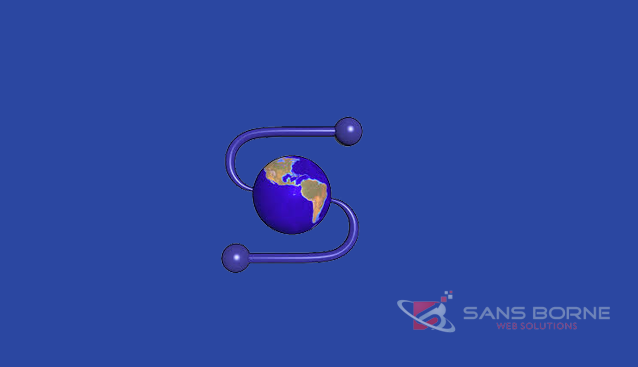 The first web browser, WorldWideWeb was created by Tim Berners-Lee who also invented the World wide web. It was released for the neXTstep in 1991. Further, next year many other browsers for different platforms came out. These browsers were only simple HTML-Viewers software. In 1993, the Mosaic web browser was developed at the National Center for Supercomputing Applications (NCSA) at the University of Illinois. Despite many web browsers coming at that time, Mosaic was the most influential because its features were better. It was based on the libwww library. It supported various internet protocols such as FTP, gopher, HTTP, telnet, NNTP, WAIS, Archie. It was the first browser that had an impact on the public and by 1995, it already had 55 percent of usage share. The following features made the Mosaic, the best browser of that time.

The popularity of the Mosaic was at the peak, but one of its developers, Marc Andreessen met with Jim Clark of silicon graphics. After his graduation from the University of Illinois, Andreessen and Jim Clark founded Mosaic Communications Corporation in 1994. Because of the conflicts with the University of Illinois, they changed the name to Netscape and thus released the Netscape navigator 0.9, a web browser. Andreessen was one of the co-developers of the Mosaic browser, and he knew what was needed in the new browser they were working on. Thus, the Mosaic war started between the Mosaic browser and the Netscape navigator.

By the end of 1995, the web boom set by the mosaic was overtaken by the Netscape navigator. The web was receiving a great amount of attention from the public and media, which led Microsoft in the competition. Thus leading to the first browser war. 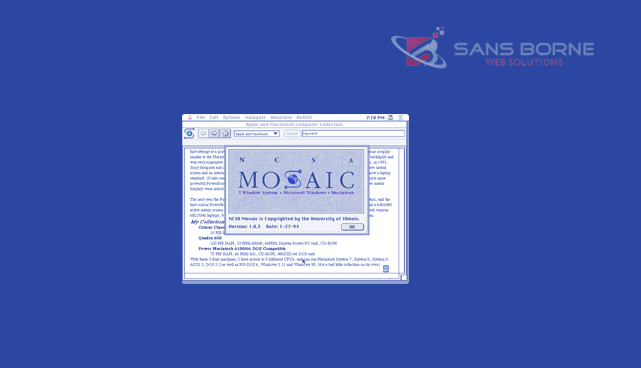 In the mid-90s, if you want to use a web browser, you had to go to the local electronic shop and buy one for yourself. No browsers came with your operating system as they do now. The Netscape navigator was the sole dominant at that time after winning the mosaic war. Having the monopoly at the time, Netscape offered its browser free for non-commercial users but demanded money for a license. The IPO was extremely successful for Netscape and newly added features such as frames, image maps, and javascript iterations were immensely influential. For years, Microsoft had ignored the web and focused much on their platform. But soon bill gates realized how the web is going to make a big impact on the future. Microsoft was already dominating the operating system usage share with 90 percent but Netscape was the one that dominated the web browsers usage share with 80 percent. That means, if you are buying Microsoft windows, you need to a web browser separately. First, Microsoft sent its engineers to Netscape for discussing the future of Microsoft and the web. Things didn’t go well between Microsoft and Netscape, and after some time, the two companies rarely spoke. The Netscape’s popularity was increasing and then, just after 15 days of that IPO launch, Microsoft had their own browser ready, the Internet Explorer.

The Internet Explorer version one was released by Microsoft to challenge the Netscape navigator. It was developed by a small team who licensed the code spyglass mosaic, which was itself a fork of the code written by Andreessen. Internet Explorer version one was nothing in front of the world-class web browser of that time. Only a little damage was done to the Netscape’s popularity. Because of this, people at Netscape started taking Microsoft’s web plan lightly. But on 7th December 1995, the same day when Japan attacked Pearl Harbor in World War two, Bill gates held a press conference launching Internet Explorer version 2. His intentions were clear, he did not want to enter the market, he wanted to dominate it.

“Microsoft Takes War to the Net”, such headlines were coming out.

Version two came with few major improvements in a very short time. In the upcoming years, both the companies waged war against each other. One would release a minor change, the second would do the same to give a challenge. Both of the companies were releasing minor changes every month. The war was going at a rapid pace.

Netscape navigator’s version 3.0 was realized. It included Netscape’s javascript that was greatly influential. It included tables, background-colors, the archive attribute, the applet element, and new HTML tags such as blink and marquee. To counter the new version of Netscape Navigator, Microsoft launched the third version of Internet Explorer. This was the first time in the war when Netscape got serious competition. It included Cascading style sheets(CSS), which later became one of the three core technologies of the web. It supported inline multimedia, Java applets, ActiveX controls, and the Platform for Internet Content Selection (PICS) system for content metadata. But still, Netscape navigator had ninety percent usage share of web browsers while Internet Explorer just had nice percent of it. The Netscape was still winning the war, but Bill Gates was keen on dominating the web browsing world. And on 7th October 1997, the tides turned when Microsoft launched the Internet Explorer 4.0.

The Internet Explorer 4.0 turned the tide in the side of the Microsoft because they integrated the browser with the windows itself. This changed everything. The users didn’t need to get the web browser separately as it came along the Microsoft window. Microsoft already had ninety percent usage share of the operating system and now the web browser was also coming with it. This greatly reduced installation efforts. The Internet Explorer’s usage share started increasing greatly while the Netscape navigator decreased and by the time Internet Explorer 5.0 came out, it already had over sixty percent share. The Netscape navigator never recovered and eventually lost the first browser war in 2001 when Internet Explorer 6.0 hit its peak share of ninety-six percent. 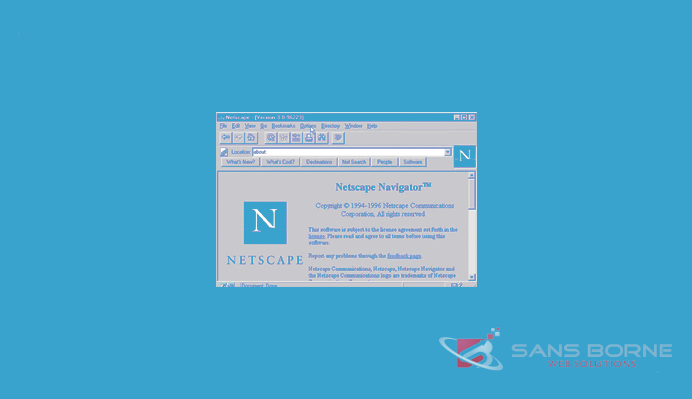 With the demise of Netscape Navigator, Microsoft’s Internet Explorer becomes the sole dominant of the web browser world. But there are always disadvantages of monopoly. With no competition, Microsoft did not work much on their browser. The new versions only came with minor additions and bug fixes. By 2004, Internet Explorer’s popularity started declining. The technology was advancing but Internet Explorer had little progress since the end of the first browser war. While the Netscape was declining, they open-sourced their code and later entrusted the non-profit Mozilla Foundation to create a successor of their browser. After delayed and slow development, Mozilla released its browser, the Mozilla Firefox in 2004, thus starting the second browser war.

The winner of the first browser war was now old and insecure. The Mozilla firefox arose from the ashes of the Netscape navigator. It had features such as a search bar, a phishing filter, tabbed browsing, improved support for web standards, and full support for PNG. Microsoft also released the Internet Explorer 7.0 with these features but they were late. One other browser was also in development when the Internet Explorer was enjoying its monopoly, the Opera web browser, which also had the above features before the seventh version of the Internet Explorer came out. The decline of Internet Explorer had already started. But Microsoft did not stop working on their browser and after two years, Internet Explorer 8.0 was released. It had features such as improved privacy protection, accelerators, a compatibility mode for pages designed for older browsers, and improved support for various web standards. Yet, it failed to make any great impact because the Mozilla firefox usage share was increasing at a very good speed. By 2009, various versions of Firefox were released with better performance, native integration of audio and video, and many more privacy features. The Opera was also making a significant impact at that time.

The Mozilla opened the way to the web browsers community by launching their own browser. It had a significant impact and it made other companies realize that there is indeed a market for web browsers. Then, Google also got involved in the second war for ultimate dominance.

Google had the monopoly of the search engines, yet they had few rivals such as Yahoo. The war had already begun and Google had already planned for the declaration of war. Like Mozilla, Google also created an open-source project known as Chromium. And finally, in 2008, they launched the Google Chrome web browser with an excellent new javascript engine, V8. This new javascript engine would make a great impact in the future as technologies such as MongoDB and NodeJS would use it. Google Chrome’s share of usage would increase significantly in the next couple of years, but Mozilla Firefox was still topping the usage charts. By this time, Internet Explorer was declining. Google Chrome adopted a new concept of rapidly releasing its version with better features. Other web browsers couldn’t keep up with the pace. In the mean-time, advanced mobile browsers also came in existence, were also, every browser was fighting for the ultimate dominance.

Microsoft discontinued the production of newer versions of Internet Explorer, thus kicking them out of the war. The Opera browser never made any significant impact on the later phase of the war, but it had some loyal user-base for years. Still, there was no serious competition for Google Chrome. Although Apple’s safari gained popularity among IOS and Mac users, Chrome still had the most usage share of web browsers. By 2017, Google Chrome had expanded over sixty percent across all platforms. And finally in 2017, Andreas Gal, former Mozilla CTO stated that Google Chrome had won the second browser war. 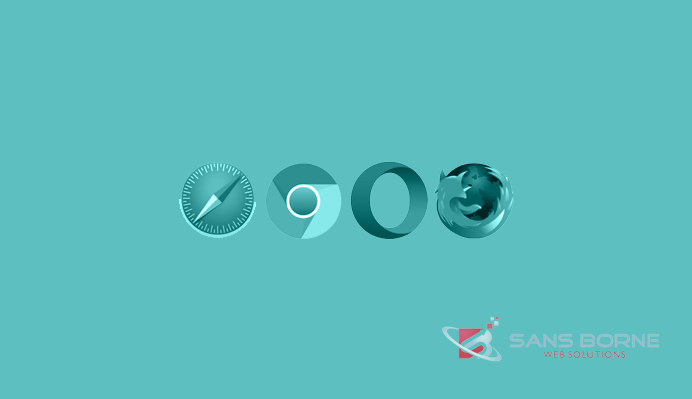